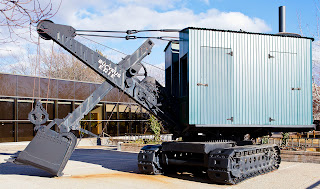 Sitting in from of what started out at the Morrison-Knudsen engineering and construction company headquarters is an old steam shovel that dates back to the 1920s.  It's a fascinating monster with cast iron tracks for transporting itself, wooden planks for the sides of the cab and a very intricate series of cables, pulleys, and gears for manipulating its dinosaur mouth-like bucket.  I read in the paper recently that they would be moving it to the front of the DMV and I feared that they would probably put a chain link fence around it once they did.  So if I ever wanted to do a photo study of this impressive piece of historic machinery, now was the time.

And it was a lot of fun to do.  I spent about an hour, walking around the steam shovel, looking at its parts from as many perspective as I could manage.  The only thing I didn't do was climb up on it since I'm sure someone would have objected to that.  Still, I think I managed to do a fair job of capturing its "steam shovel-ness." 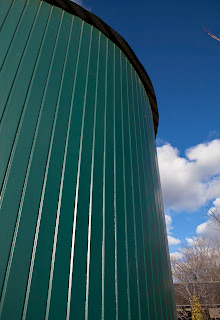 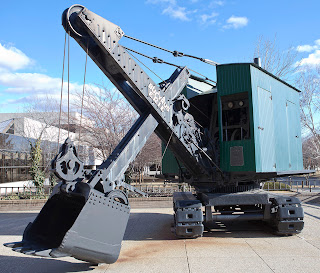 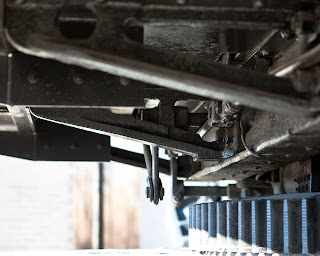 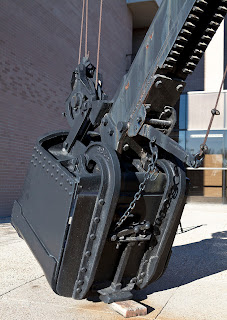 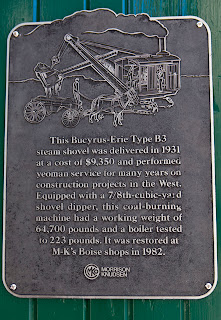 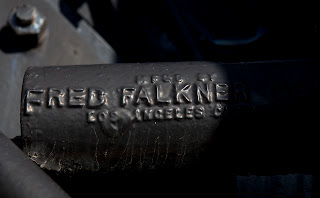 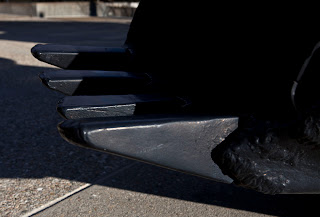 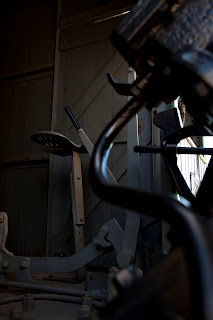 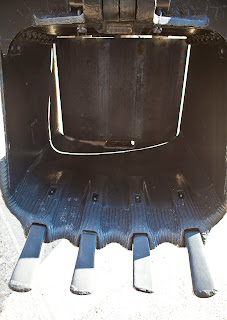 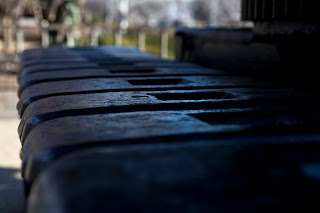 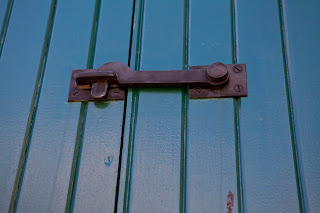 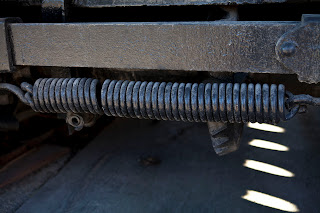 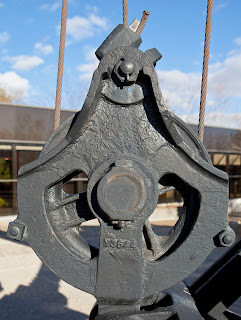 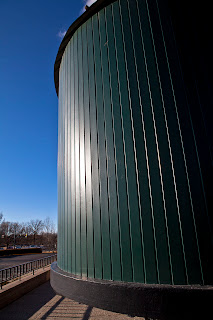 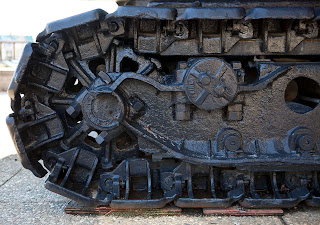 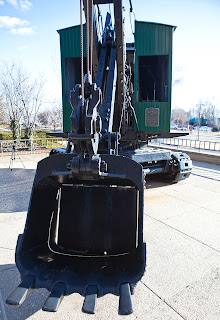 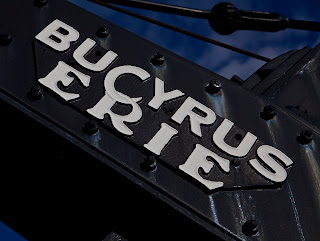 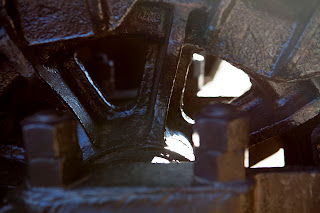 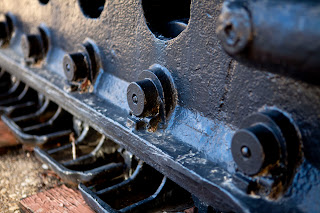