Artistic Work for Stage Coach Theatre and Some Boise Portraits 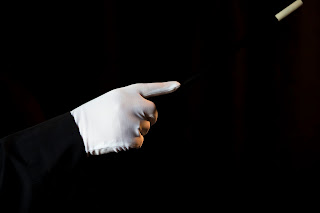 Stage Coach Theatre is working on their season poster for next year and they wanted some magician's hands to spice up the visuals.  So we set about making that happen in my studio.  As always it was a good learning experience and I'll be curious to see what the designer does with them. 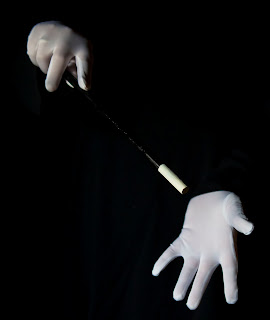 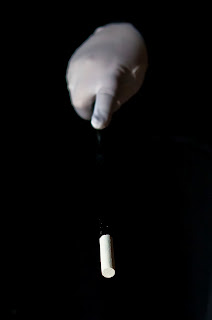 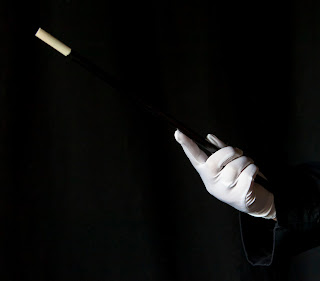 My friend Kim was the hand model and this gives you some idea of how we made the pictures. 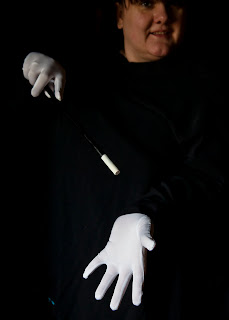 Meanwhile, another project I've been working on is making portraits of the city of Boise.  I've been using the HDR technique but trying to keep it mild and realistic.  The goal at this point is to enhance it enough just to make it eye catching.  My thought was to capture Boise in all of its season but I may have to try again next year to fully show what Boise looks like in the spring.  We've had such a dry spring that the foothills look more like summer.  They are usually much greener this time of year.  I'm not quite satisfied with this picture and will keep trying to see what I can get.  We also typically have more dramatic cloud formations in the spring but that's all a matter of getting the timing right.  So I'll keep trying.

Meanwhile here's a shot that I did in the winter that looks pretty good.  Still, I'm going to keep working at it to see if I can't get an even more dramatic shot of the heart of Boise in winter that looks beautiful.

And while I was at it I was thinking about an interesting perspective on Boise's landmark train depot.  Again, this is just fuel for thought on further photos. 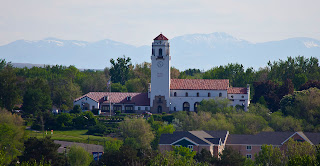 Finally a look at the new tall building taking shape in downtown.  After years of turmoil over that plot of land it appears that something significant is taking shape.  I'm very curious to see how it will take its place in the landscape with its neighbors and the impact it will have. 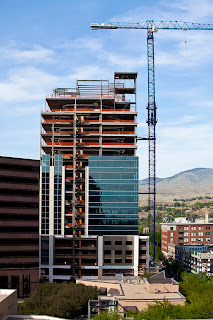