I've learned a trick using my camera and Photoshop. It's called HDR which is short for High Dynamic Range imaging. Using this trick you can combine a variety of color ranges and exposures into one image with some very dramatic results. I'm just starting out so I'm going to have fun playing with the potential of this process.

The first thing I did was to set my camera up on a tripod and shoot the same picture over and over again but changing the exposure with each shot. These shots ranged from under exposed to over exposed and here's the result.

Then I used the HDR merger to load them into Photoshop. This opens a series of slider tools that you can use to manipulate the pictures as they are stacked on top of each other. You can bring out the best parts of each exposure, including details that couldn't be seen in some of the shots. There's also a lot of other fun things that you can do to make the photo look surreal and fantastic. This is what I came up with at one point. 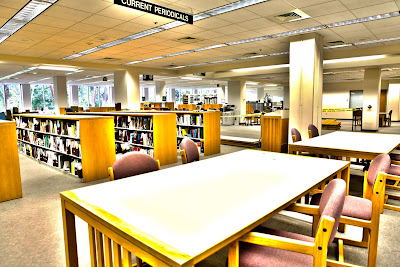 Some may consider this bad HDR or even HDR abuse, making weird looking pictures. That's because one of the interesting powers of HDR is that you can also make very realistic pictures. The trick is that you can create pictures that appear as the human eye views a scene in detail that the camera cannot. Cameras only pick up details at a certain exposure while people can see into shadows on a bright day.

In any case, this is a fun new toy that I plan on having lots of fun with.

Since I had a lot of exposures from my Jacksons Foodstores project, I decided to do an HDR of that too. 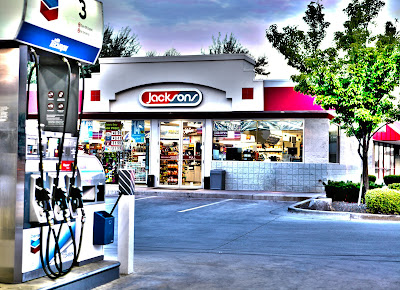