Taking pictures of pets can be challenging but it can also be a whole lot of fun. The first bit of good news is that when photographing people sometimes you need to tell them "just be yourself." When photographing pets, they're always being themselves and don't give a hoot about the camera.

One useful guideline is the same as when photographing children. That is that it's usually very effective to get down on their level. It personalizes them and puts the viewer in their world. As you can see in this picture of my cat Bart. Down on his level, you can capture what he's doing. 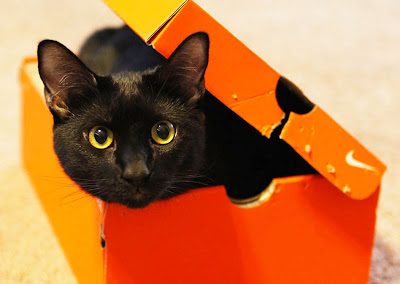 It also pays to get up close and personal. How can you resist this cute teddy bear face? 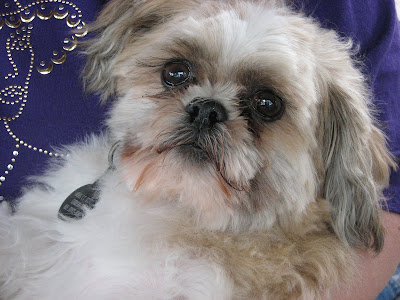 Of course, rules are meant to be broken from time to time. Sometimes a picture shot from on high seems appropriate. Particularly since this is usually the angle from which pets and their people look at each other. Or a certain setting calls for this approach. For example my other cat Lisa (yes, they are brother and sister) loves to play with my shoes. She wrestles with them, chews on them and generally has a good time and makes a mess. So I like to call this picture "Shoes? What shoes?" 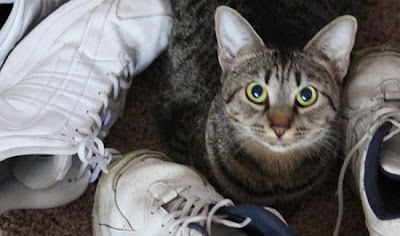 It's also helpful to know a little about the behavior of the pet. For example a friend of mine was telling about when her dog is tired from playing ball, she'll lay down and rest the ball on top of her paws. I thought "That is so cool. I'll have to get a picture of that." And so I did. 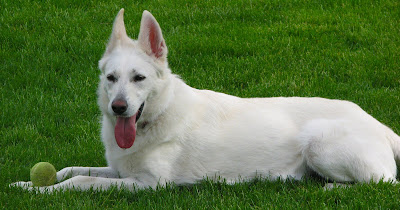