I was having lunch on my backyard patio when I noticed that there was something different crawling on the wall. I'm pretty sure this is the first time I've seen a praying mantis since I've moved into my house. So naturally I wanted to take some pictures of it. 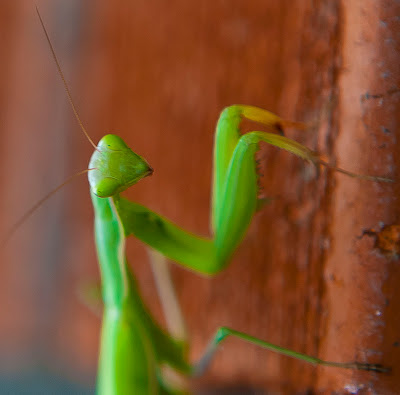 I don't have a macro lens so there was a limit to how close I could get to him. But at least I was shooting large in the Camera RAW format so it gave me a lot to work with. I shot a lot of pictures but I was also aiming for a very shallow field of focus. So as a result, I got a lot of shots that I didn't like. 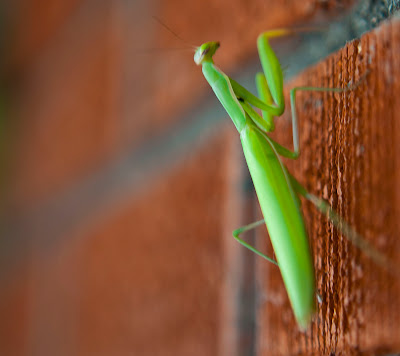 Adding to the challenge was that he looked at me and decided that he didn't like my camera. So he proceeded to slowly crawl further up the wall and I compensated by finding taller stuff to stand on. Still, it was fun to work with this difficult model for a little while. 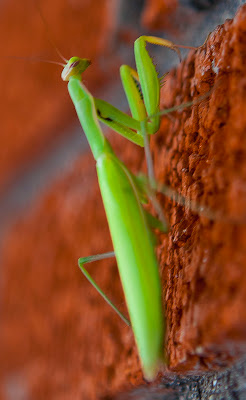