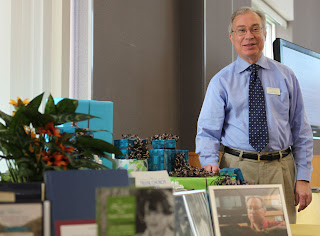 I was asked to photograph the retirement reception for the head archivist for the library at Boise State University.  It was a bit of a challenge since I wanted to be unobtrusive and shoot in available light.  There's only so much flashing people can take before it gets annoying.  However it was a bit of a challenge in that the walls are papered in dark gray and the windows are large but distantly spaced with many of them high up towards the ceiling.  There was lots of light but the walls soaked it up and there was very little reflected light.   Still, I think I managed to capture the mood of the festive event.  As a true archivist, he was great at telling stories and in making his final remarks he had everyone in the room breathless with laughter. 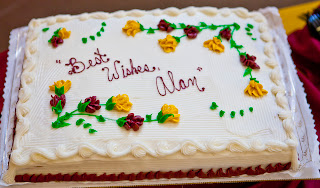 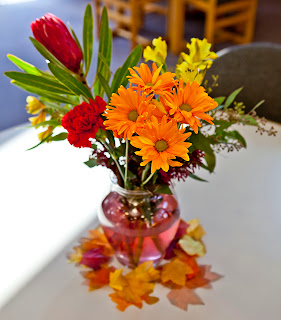 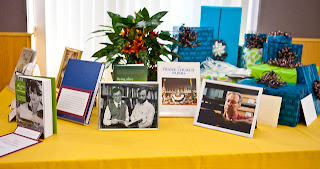 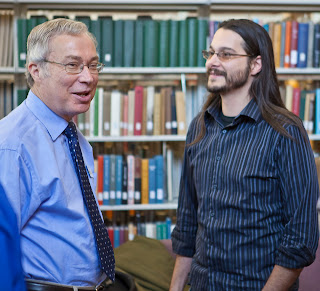 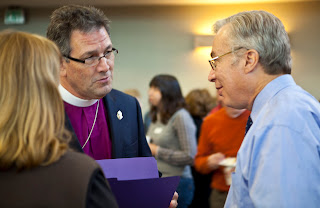 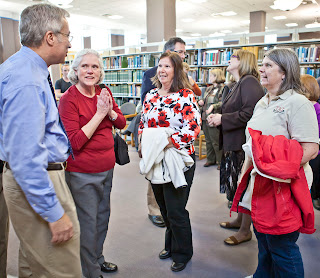 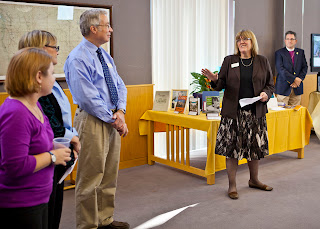 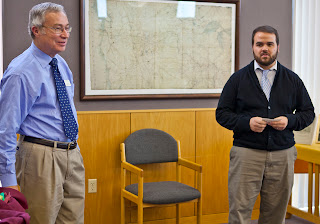 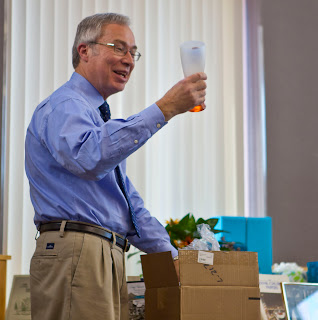 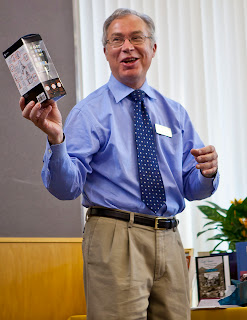 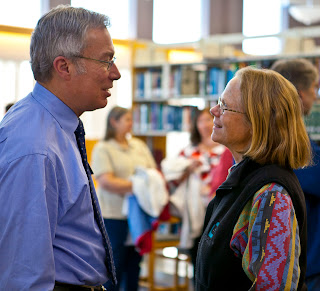 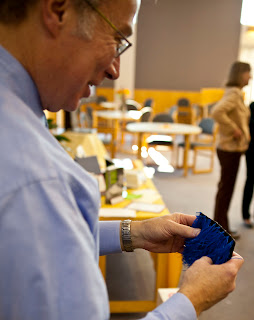