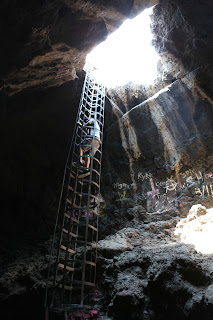 In spite of how many decades I've lived in the area, I've never been to the Kuna Cave.  I've heard about it for years and so I decided this was a great opportunity to take some unusual pictures.  The cave is actually a collapsed lava tube that extends some thousand feet or so under the sagebrush desert.  It has a history of being something of a party place which explains the accumulation of graffiti which ranges from "I was here" to the obscene.  Also people have built camp fires in the cave and so the entire time down there we breathed the fumes of wood smoke.  Also to make things interesting I decided not to use the flash for any of these pictures.  Instead I held my shutter open and then just light painted the scene with my flashlight.  I think that makes for more depth in the pictures.  I hope you enjoy our trip out to the Kuna Cave. 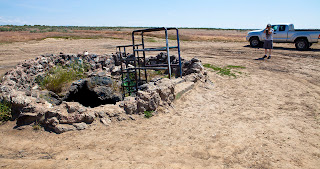 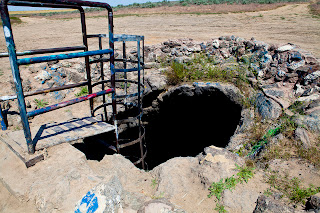 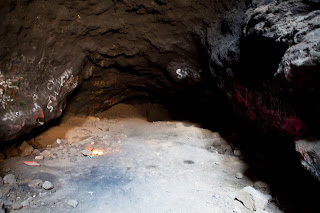 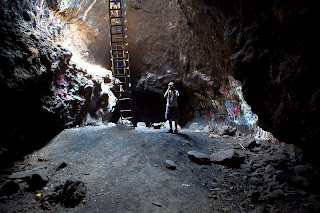 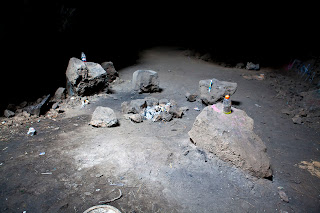 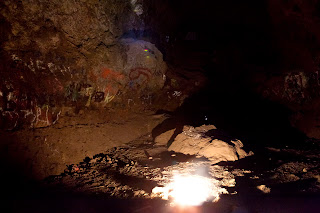 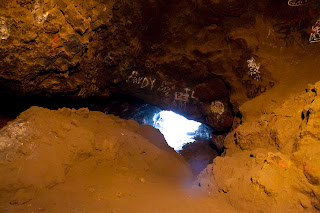 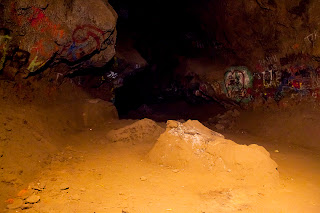 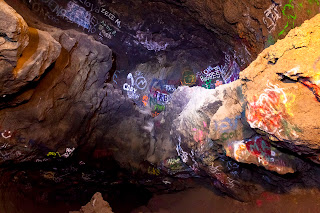 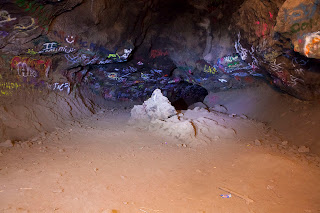 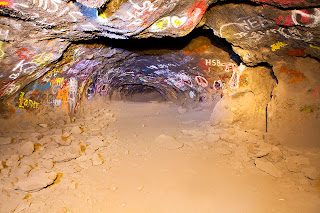 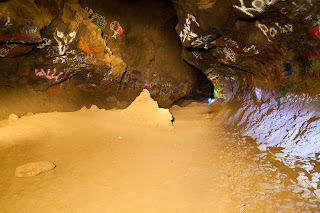 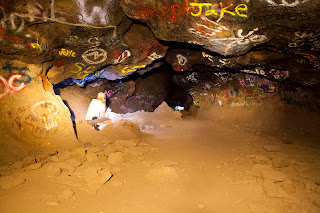 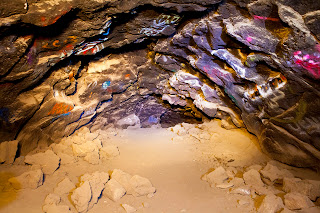 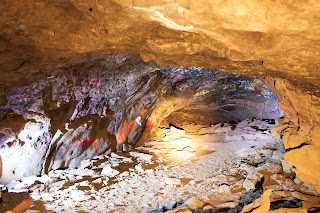 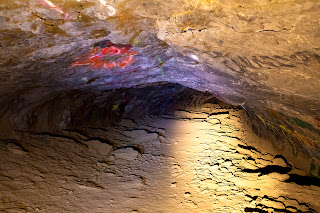 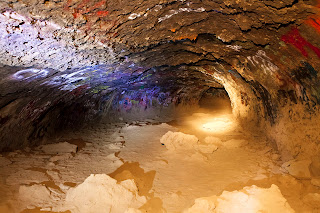 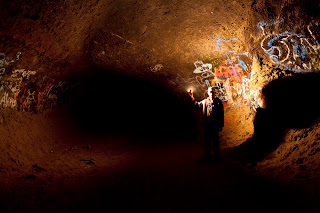 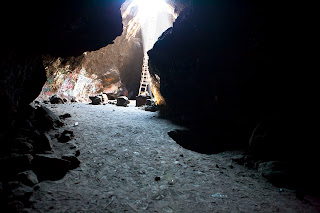