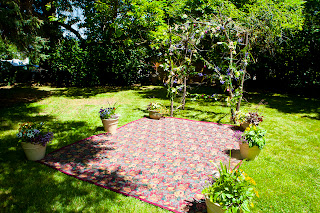 I was recently hired to photograph a wedding for a happy young couple.  This event was a very casual affair in the spacious backyard of a home.  They also kept it quite small, just a few friends and family, some flew in all the way from Illinois.  Though it was casual, it had a lot of wonderful cute touches.  For example, the ring bearer was the bride's dog.  The rings were in a pouch tied with ribbon around her neck.  The programs that were handed out to the attendees were also fans that you could spread out and use.  That's kind of handy for an outdoor summer wedding.  The final part of the ceremony was that afterwards the wedding party all mounted bicycles and rode away from the house.  The bride and groom rode a bicycle built for two with "Just Married" signs on the front and back.  The reception was held an hour later at the Basque Center in downtown Boise.  This was a very fun wedding and I had a great time shooting it. 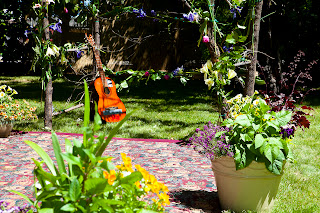 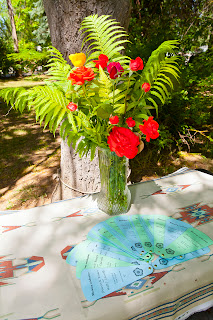 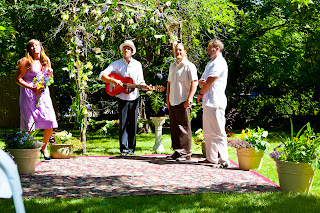 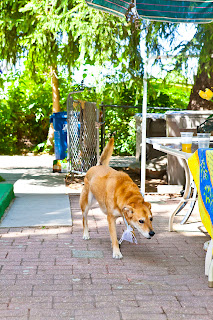 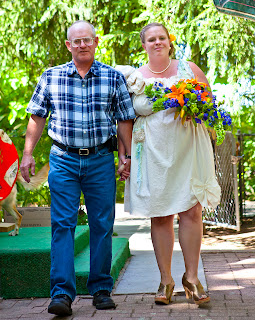 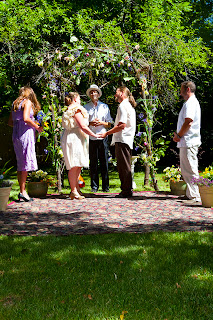 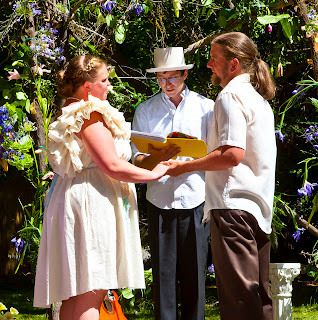 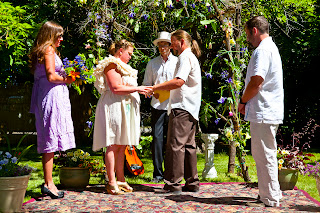 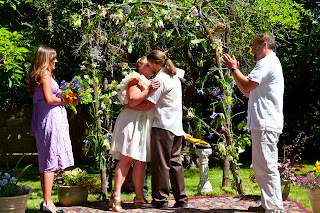 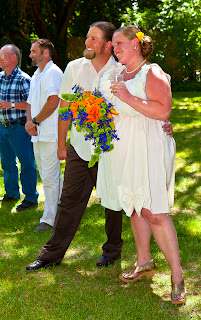 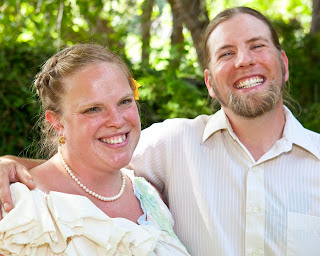 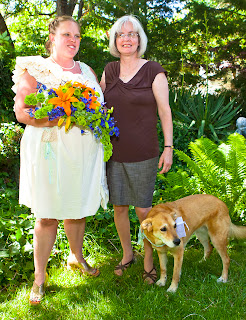 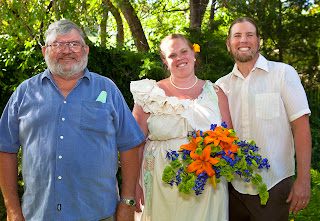 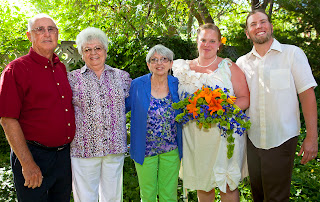 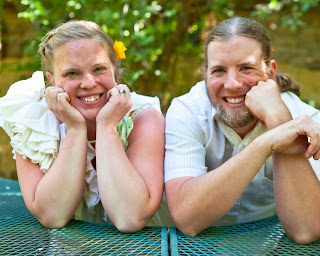 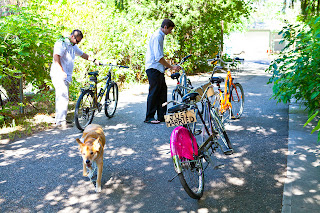 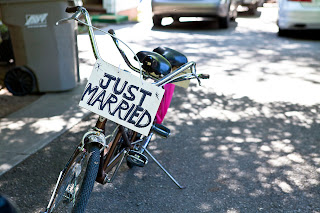 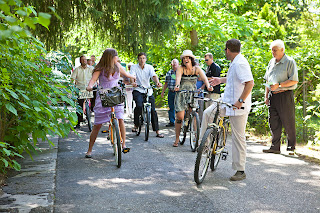 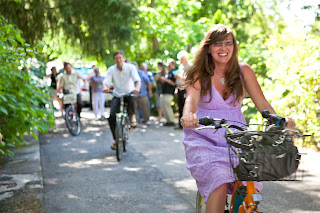 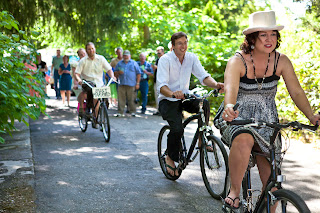