A few weeks ago I said that I was going to talk about some fun things that you can do with Bokeh and the elements that fall out of the narrow field of focus. This is a simple one that brought me back to the stringing Christmas lights in my back yard. Next I cut a small shape in the middle of a piece of black construction paper and then taped it over the front of my lens. The cool thing is that it doesn't effect the view of the subject in the field of focus. However it has a major influence on how the light in the background enters the camera. Here's an example with little diamond shapes. 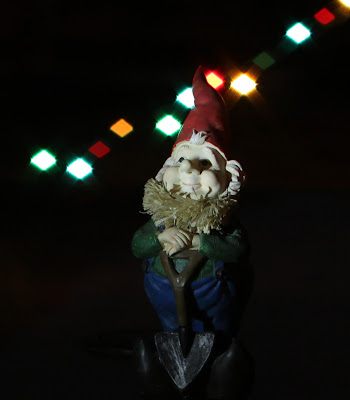 Isn't that fun? You can do other shapes as well. Here's some squares. 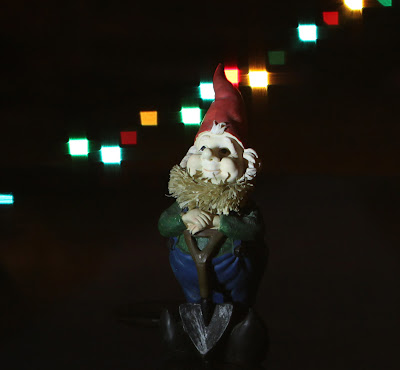 And even though it's a little late for Valentines day, here's some hearts. 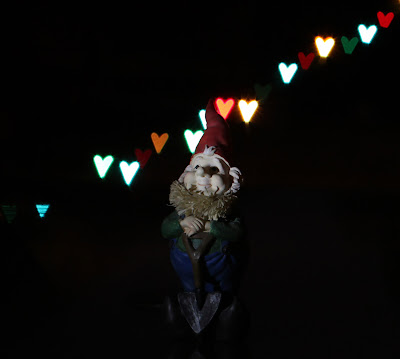 You are only limited by your imagination and the shapes that you can cut out in the paper. Here's some pictures to give you an idea of how I set up for these shots. The trickiest part was getting the lighting in the foreground just the way I wanted it. That called for more than a little innovation and tweaking. 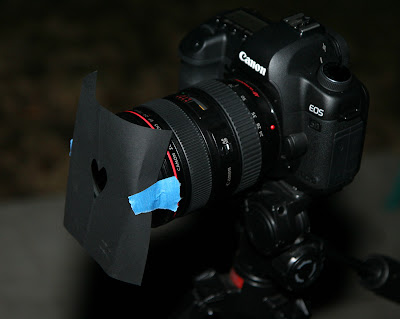 And as an added bonus since I had my camera on the tripod and a stable subject, I thought I'd do an HDR image. The results are interesting also in that it shows how much light pollution there is in my neighborhood. More fun things to do with the camera. 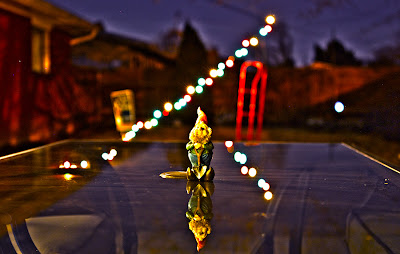