Winter is almost over and I'm really looking forward to seeing some spring color. However in the meantime it's a fun challenge to see what I can do with the restrained colors of the cold season. So I'll work on getting the most out of what I see by doing some HDR pictures.

First of all, here's a demonstration of why a tripod comes in really handy. I tried to hold the camera as still as I could but there is still some variation between the pictures after I combine them in the HDR merger. The multiple image effect you see in this next picture is called "ghosting." 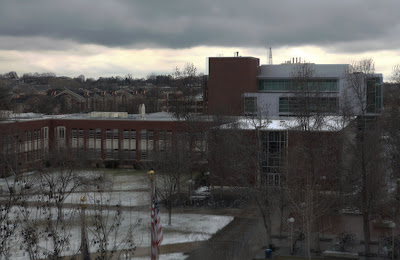 As you can see the trees and all the other details look all blurry from the multiple images being slightly off from each other. Fortunately, most HDR mergers have an eliminate ghosting button that can shift all of the images together uniformly.

Then I spent some time tweaking the various sliders in the HDR interface to bring out as much color and detail to get the look I want. This includes things like increasing the exposure and saturation to get the color I'm looking for. I also upped the gamma to help get that brooding sky to show up with more dramatic effect. So this is a much better version of the same image. 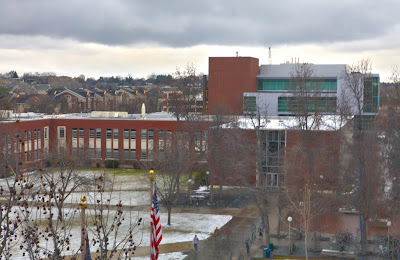 While this picture has more color and a little drama, it's still not quite the winter picture that I was looking for. The thought came to me that the river gets really low this time of year. So I took my tripod down there and created this HDR image. I liked this one a lot more. 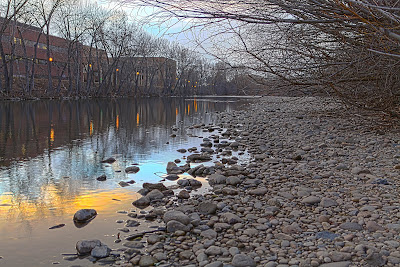