Lucky Peak Dam in May

Now that the spring run off is in full swing I wanted to head back up to the Lucky Peak Dam and take some images that strikingly different from the ones I took during the winter when the water was so low. Since we've had a very wet spring, the water's been quite high for some time now. 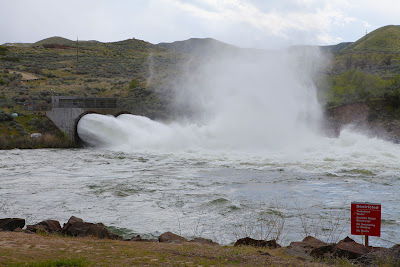 This is the outlet of the dam and people like to call it the rooster tail because of the way that the spray curls back up. This is a standard picture that I took while the sun was out. I was set up to put my ND filter over my lens. I was waiting for the clouds to cover the sun since I like the results I get through the ND filter under those conditions.

When the sun was finally covered up, I took this three second exposure. 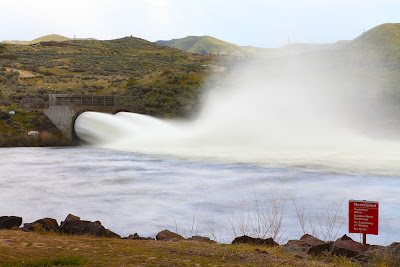 Then the sun came back out and I got this dramatic rooster tail shot. 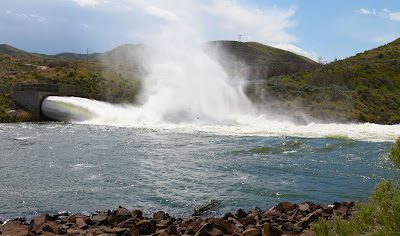 Fufilling the definition of "partly cloudy," the sun covered up again. I backed up a bit and got this nice five second exposure. It's kind of hard to capture the full effect of the torrent because it creates some nice rough water much further down the river. 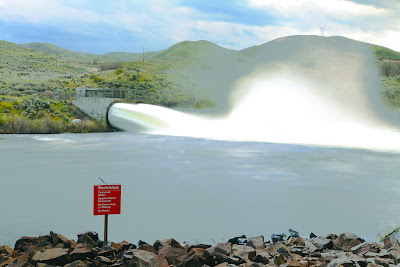 So I backed up even more to show the further extent of the water's action.

I shot a lot more pictures to capture the ever changing shapes and moods of the rooster tail. 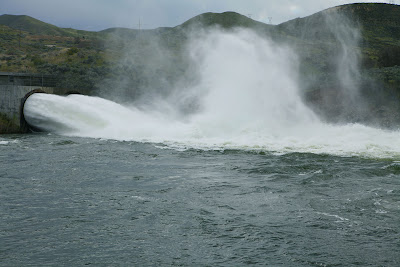 Be sure to click the image to see a larger version of the picture. 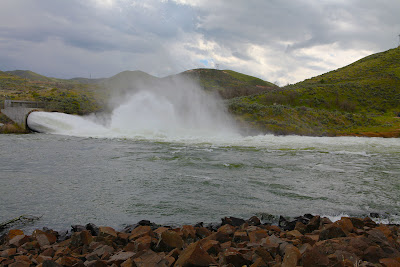 Then I went to the other side of the dam to see what I could catch of the spray and rough water. This is another ND filter shot with a very short exposure. 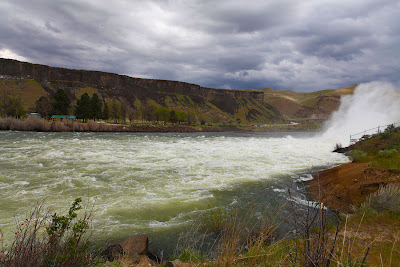 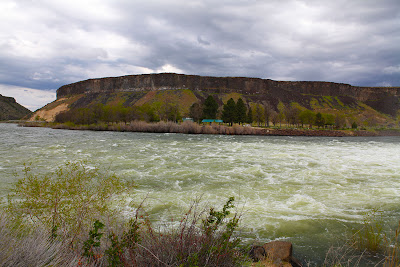 You have to admit it's a stark contrast to the pictures I took in this same spot just a few months ago. It was a fun shoot and I didn't even get too wet from the flying mist.
Posted by Unknown at 5:13 PM